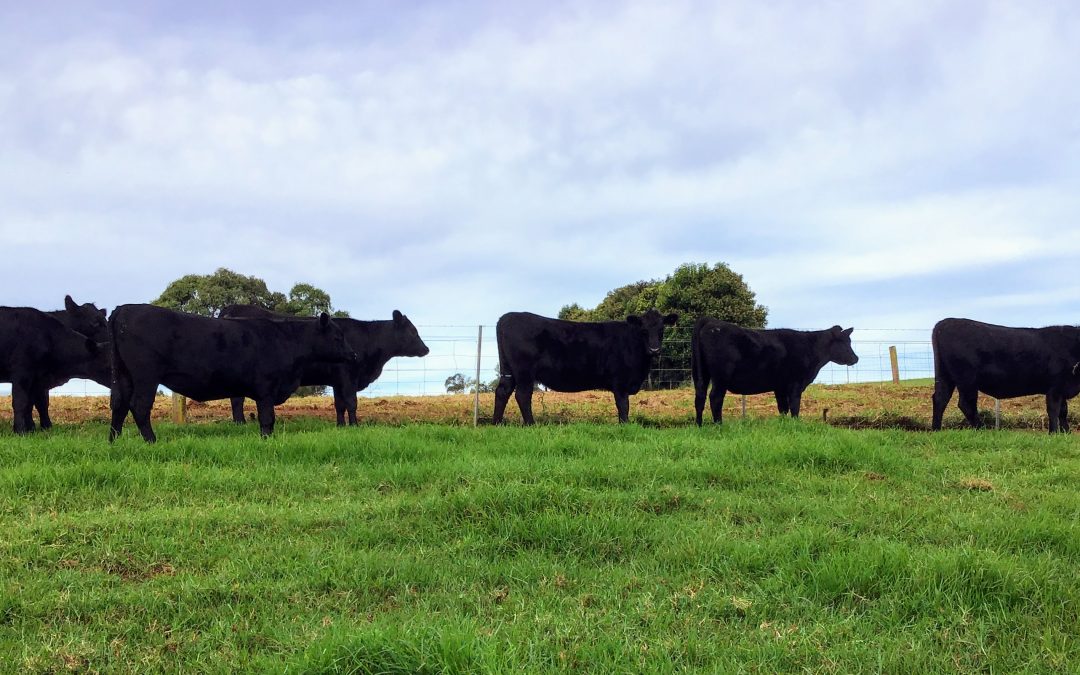 Seven heifers PTIC recently sold to Peter Basford at Lowanna, north of Coffs Harbour for $2800 + gst, as well as one Angus Stud bull. Peter previously purchased 4 stud heifers PTIC in May 2020. He was very pleased with the heifers and returned to buy more stock & start a small stud.

We purchased our first bull from Tandara in 2016. Due to his fertility, ease of calving and temperament we have since purchased two ‘L’ bulls, two ‘M’ bulls and two ‘Q’ bulls. During this time we have not had any calving

problems including heifer calvings apart from the occasional breech birth. We have felt confident having our teenage children in the yards with these bulls and never had a temperament issue since purchasing these bulls.

Calves are quiet with low birth weights and grow fast. Over the last few years we have frequently topped the local weaner sales in Armidale and Dorrigo with Tandara weaner calves.